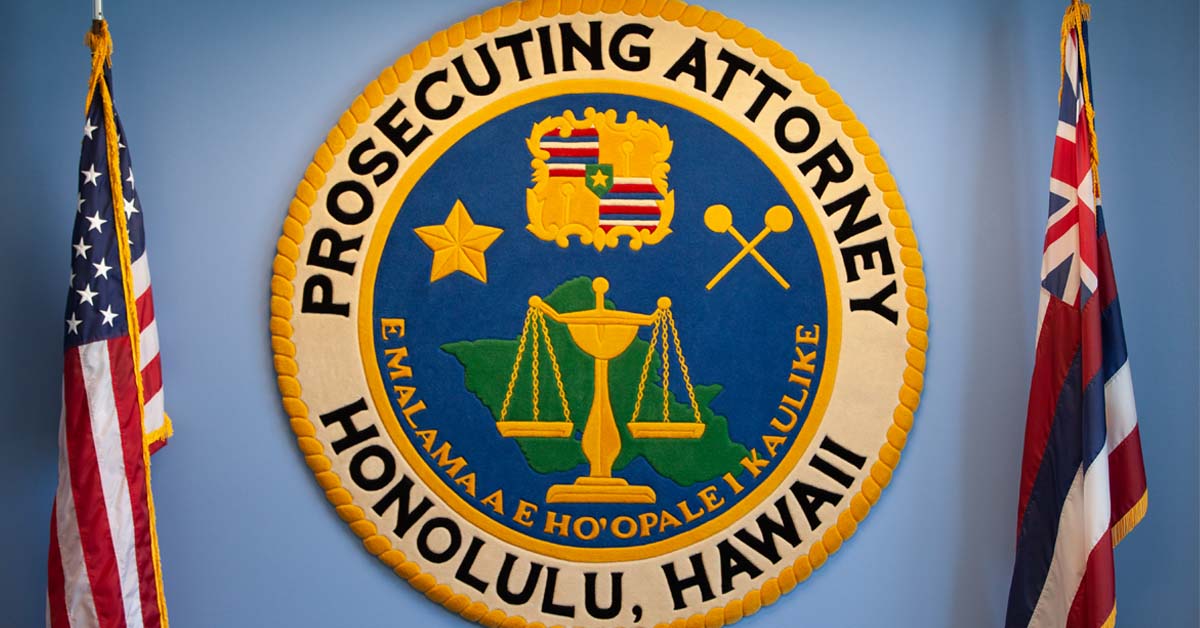 Deputy prosecutors are assigned to the following divisions and teams:

Appellate
Represents the state in all appeals from cases prosecuted by the Department of the Prosecuting Attorney. Appellate also helps research case law for deputies in trials.

Career Criminal
Prosecutes cases involving defendants who commit felony offenses while on probation or parole. These cases are important because these defendants will be facing mandatory minimum sentences upon conviction.

Sex Assault
Specialized unit that practices vertical prosecution, meaning deputies handle individual cases from charging to trial. This helps to lessen stress as the victim only deals with one attorney.

Trials
Prosecutes all cases over which Circuit Court has jurisdiction. These include murder, manslaughter, robbery, burglary, arson and assault.

Domestic Violence
Prosecutes any act or violence or threat of violence between people who are or have been in a relationship or have a child together. This can include coercion and intimidation or disregarding a restraining order. Domestic violence can be a felony or misdemeanor based on the extent of injury.

Juvenile
Handles cases involving defendants under the age of 18.

Misdemeanor/Traffic
Conducts arraignments and trials in District Court brances in Honolulu, Pearl City, Wahiawa, Kaneohe and Kapolei. These cases typically include traffic violations such as drunk driving and speeding, and petty and full misdemeanors.

Victim Witness Kokua Services
Offers an array of services to help victims cope with the aftermath of a crime and provides support as a case makes its way through the criminal justice system. This includes crisis counseling, accompaniment to court appearances, notification of major case developments and assistance in filing for compensation.