Man who dismembered victim sentenced to life in prison

Convicted murderer Bryan Suitt was sentenced to life in prison with the possibility of parole. 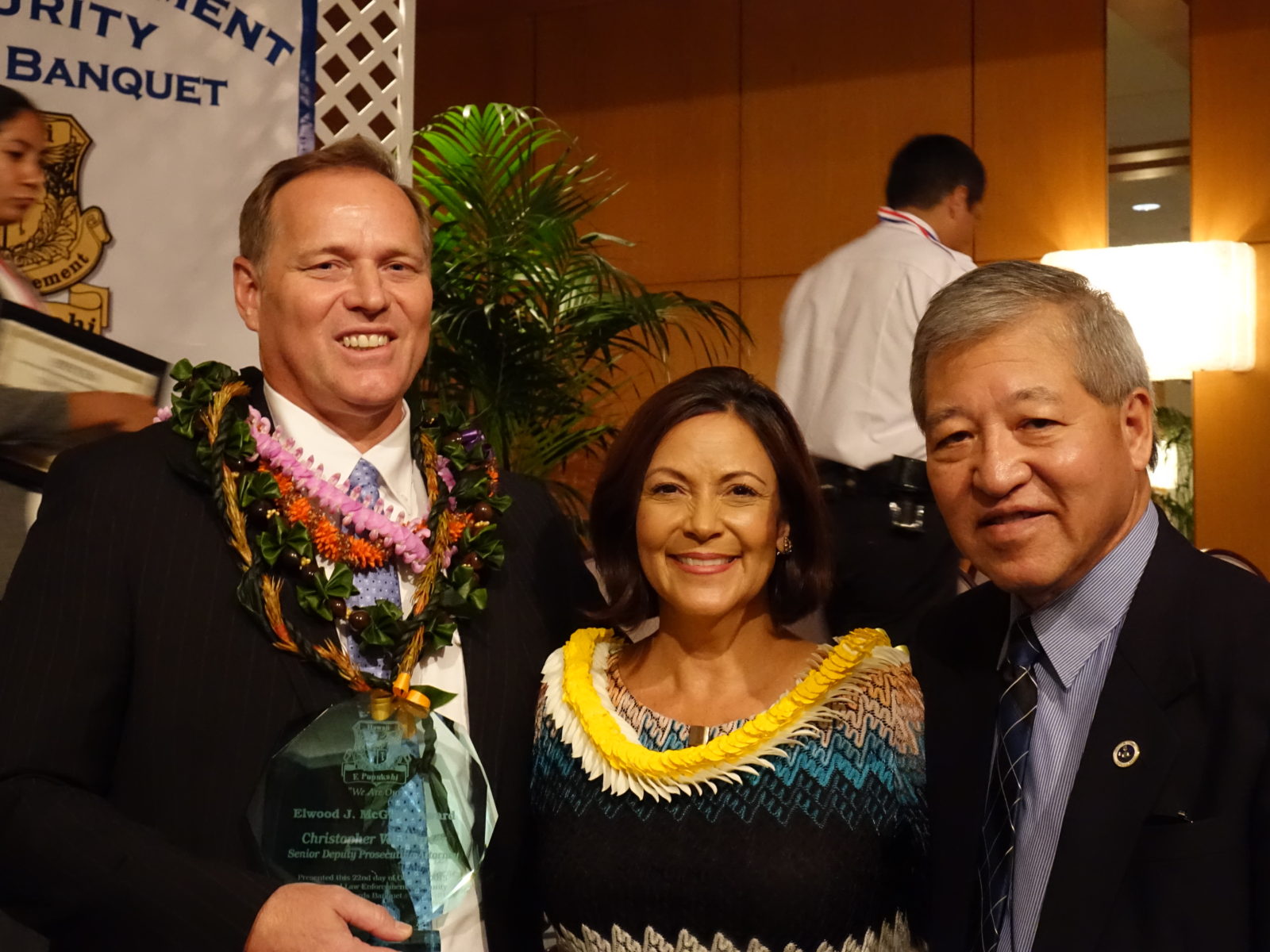 Deputy prosecutor Chirstopher T. Van Marter was named Hawaii’s Top Cop for 2015 at a banquet at the Hawaii Prince Hotel. Here, he is with program emcee Paula Akana and Prosecuting Attorney Keith Kaneshiro.

Men and women from the office were proud to participate in today’s Men’s March Against Violence. Beginning at the State Capitol and ending at Honolulu Hale, representatives from schools and various organizations walked along the streets of downtown Honolulu to bring awareness to domestic violence.