The Department of the Prosecuting Attorney hosted a week long trial advocacy training course for deputy prosecutors across the state.

Derek Torres was sentenced to 10 years in prison for attempted assault in the first degree.

Devon Keser pleaded no contest to charges of negligent homicide and negligent injury resulting from a vehicle crash that killed an 18-year-old woman on the H-1 Freeway in 2015. 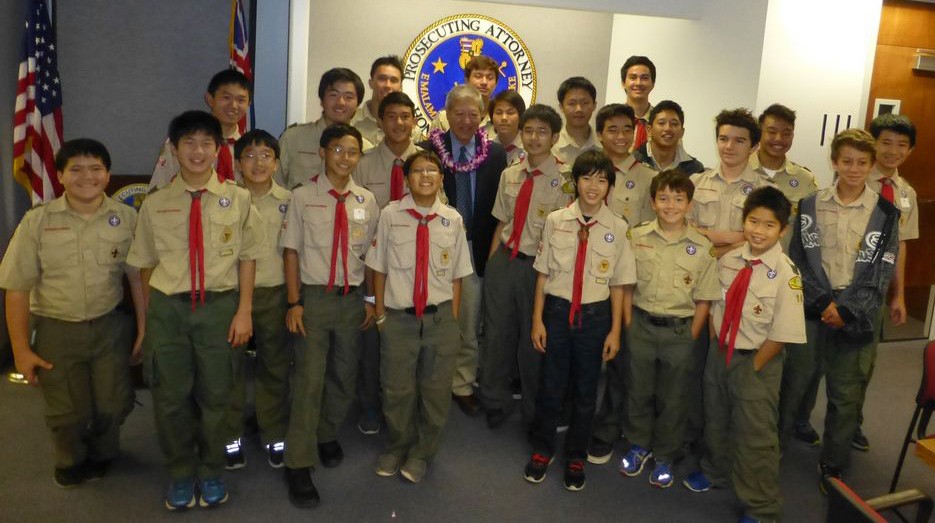 Members of the Boy Scout Troop 10 visited the Prosecutor’s Office to learn about the legal system and the role of law enforcement in the community.

Michael Abella was sentenced to 20 years in prison for the beating death of Shelton Higa in 2014.

Shooter Gets Life in Prison

Matthew K. Chung sentenced to life in prison with the possibility of parole. He was found guilty for attempted murder in the second degree for shooting a man four times in the chest and arms.

Alexander Nebre was sentenced to 15 years in prison for posing as a contractor and stole more than $130,800 from nine victims.

Wishing you and yours a very safe holiday and happy new year!